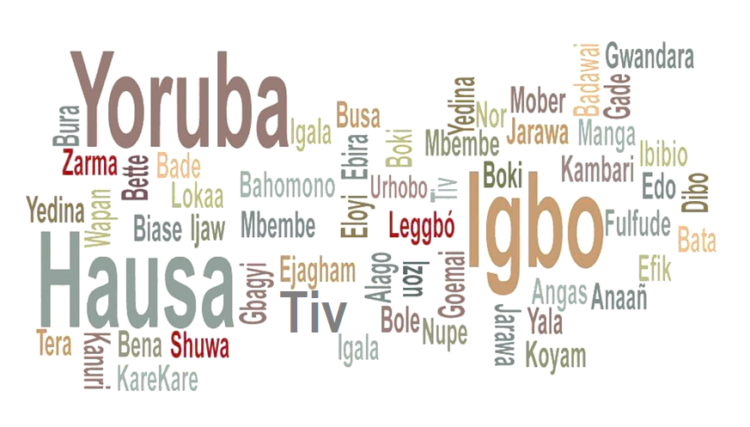 Nigeria as a multilingual nation has major and minor languages intertwined by dialects. However, the exact number of local or indigenous languages spread over its about 250 ethnic groups is not known.

According to studies by the United Nations Educational, Scientific, and Cultural Organisation (UNESCO), 29 Nigerian minor languages have become extinct, while another 29 minor languages are in danger of extinction.

Also, other views expressed by language teachers and linguists regarding the three Nigerian major languages – Yoruba, Igbo, and Hausa; show that they are also endangered. These languages are spoken predominantly in the North, South-East, and South-West respectively.

Speaking on the reasons why the use of indigenous languages is declining, Prof. Stephen Onah, an educationist, observes that teaching and learning local languages through the educational process is not improving appreciably.

According to him, from the advent of these two religions in Nigeria, the use of local languages was relegated in no small measure.

He says that translations of the Holy Books to local languages are, however, providing some amelioration in recent times.

“Another impediment is, ironically, inter-ethnic marriages. For some obvious reasons, children from such families are often not encouraged to be seriously involved in their local languages.

“As far as the spoken language is concerned, the local languages are suffering among the elites only.

“Even the few who can communicate in the local languages are found more in such localities,” he says.

He says if this continues, the dangers are that we are losing our identities, ingenuity, creativity and innovativeness as a people.

He further says that “this is one of the reasons for our backwardness in technological development. As of truth, most of the local languages are not rich enough in vocabulary to be used in educational institutions at an advanced level.

“The ones that are rich should be taught from elementary to advanced level. Govt. should encourage learners by providing incentives,” Onah adds.

On her part, Mrs Blessing Chukwu, a mother of four, expresses worry about the decline in the teaching of indigenous languages in schools.

Chukwu observes that previously, writing any Nigerian language in both Junior and Senior Secondary School Examinations was made compulsory, but it is now optional.

She, therefore, appeals to the government at all levels to review their stance and make the three major Nigerian languages mandatory for all students in examinations to encourage their learning and speaking of the languages.

Also, Mr Ahmadu Idakwo-Ameh, a parent also observes that the indigenous languages are going into extinction because most parents instead of speaking their native languages with their children; prefer to speak the English Language.

Idakwo-Ameh says with this attitude, as time goes on these children will not be able to communicate in their own native languages.

“These children will pass the same thing to their own children, then after two generations, that language will no longer be in existence.

He, therefore, urges parents to endeavour to communicate with their children in their native languages while at home as they will always learn English in school.

He further suggests that children should be taken to their home villages at the end of every academic season for long vacations so as to mingle with their locals to help them learn their languages better.

Sharing her own experience, Mrs Irene Maida, a mother of three says one of the reasons parents do not speak their indigenous languages to their children is due to inter-ethnic marriages.

“I got married to a man from Nasarawa State and I am from Kogi, so I only speak my native language to my siblings but not to my children.

“My husband doesn’t even understand his native language, so we adopted the Hausa language since we are in the northern state.

“At least our children should understand and speak one Nigerian language other than the English Language,” Maida explains.

She, however, regrets the fact that her children do not understand her native language.

“I feel bad that my children can’t speak my own language but at the same time, I’m okay that they can speak the Hausa Language.

“They are even eager to learn the language but it doesn’t just flow because we didn’t start early since my husband doesn’t understand my language.

Similarly, Mr Albert Otu, says he finds it difficult to communicate with the family in his native language due to the language barrier between him and his wife.

“My wife is from the same local government area as me but we don’t understand each other’s native language, as a result, we always communicate in the English language.

Mrs Zainab Garba-Adamu, a mother of five, says some parents see their native languages as outdated; hence, they will not want their children to be identified with them.

“Some parents feel they are now modernised as a result see the indigenous languages as archaic.

“The indigenous languages are going into extinction because parents speak the English Language to their children instead of teaching them their mother tongue,” she says.

On the importance of indigenous languages, Mr Haruna Idachaba, a father of three says one’s native language identifies him or her.

Idachaba urges parents to teach their children their native languages so that when they grow, they will cherish and protect the language.

“I am proud of my language and I want my children to be identified with it.

“I communicate with my children in my native language because I want them to understand the language,’’ he says.

In her part, Mrs Cecilia Odoh, a school principal, says children should be taught in their native languages, saying it has a way of reviving and protecting the cultural values of the society.

Odoh says many elderly people in the villages do not understand or speak the English Language; hence the need for children to be taught in their native languages for proper integration into society.

Mrs Liza Orakwe, another educationist says that not speaking the indigenous language to the children would endanger the language naturally.

Orakwe says children who can not speak or understand their indigenous languages will look out of place among their counterparts in the village whenever they visit.

“We should not allow our languages to die; they link us to our roots,” she says.

Against the above, analysts note that the English Language has its own advantages, saying that apart from being a global language, it is also a unifying factor in a multilingual culture.

They, however, note that no serious people or nation relegates its indigenous language in preference for a foreign language.

In all, if parents refuse to speak their native languages to their children, of course, the next generation will not speak it to their offspring, leading to the extinction of these local languages in a few years to come.

In summing these up and reclaiming the local languages, there is a need for a proper language policy as language planning is critical in national development.

Civil defence is trending in Taiwan after Ukraine war