Nigeria will require at least four functional satellites to effectively track the movement of bandits and insurgents terrorising parts of the country, the Director General of the Nigerian National Space Research and Development Agency (NASRDA), Dr Halilu Ahmad Shaba, has disclosed.

Dr Shaba who spoke exclusively with 21st CENTURY CHRONICLE in Abuja, said the number of Nigeria’s satellites currently in orbit were not enough to assist in prosecuting the ongoing war against banditry and insurgency.

Boko Haram insurgents have held Nigeria by the jugular for over a decade, leaving trails of deaths and destruction across the North East states.

Bandits have been unleashing havoc across Northwest and some parts of the North central, ransacking villages, killing and abducting civilians for ransom.

On Tuesday, bandits raided the Nigerian Defence Academy, a premier military institution in Kaduna, killing two senior officers, wounding one and abducting another. The gangs are demanding for N200 million ransom to free the senior officer.

Tracking bandits and insurgents after kidnapping or collecting ransom has been a nightmare for security agencies across the country.

However, according to Dr Shaba, Nigeria has not invested enough to strengthen its space agency for such delicate national challenges.

He said, “Like we emphasised, one satellite is hardly enough for such a purpose. Nigeria’s satellite has a return period; which is three days. It passes over Abuja, and if it is returning in three days, it does not necessarily mean it will come through Abuja again because Nigeria has a vast land that is almost one million kilometres square. So what Nigeria needs is three to four satellites so that if a satellite is passing over Abuja today, another one will pass over it tomorrow and another the third day and you make them synchronise and support one another.

“The NigeriaSAT-2 which was launched with high resolution, if it has to move every three days, it will take almost three years six months to go round. So one satellite cannot go round Nigeria consistently, and that is why we said we need nothing less than four satellites to be able to effectively assist.”

He, however, said though relations between Nigeria and interested allies through data sharing could address the fundamental problem, adding that budget inconsistency the agency often experienced made such international obligations impossible.

Dr Shaba said, “If you have a kind of bilateral relationship; Algeria has satellites, Nigeria has, Egypt and other countries have satellites; we can have some kind of arrangement.

“Now, I don’t have interest in Algeria’s coverage, so anytime my satellite passes over Algeria it should acquire our data; also if Algeria’s satellite passes over Nigeria we should acquire their data because they don’t pass at the same time Nigeria’s satellite makes its round over the country. We should be able to have such arrangements because we have issues of exchange of data and information.

“Again, there are over 300 satellites which we can have access to which deal with imagery, and that is why we also said the usual kind of budget that Nigeria is experiencing is not okay because satellite programmes cannot go through the usual annual budgetary process we have here,” he said.

The sattellite agency’s chief said “There is a need for consistency if you must go into international obligations such as that. We have not been consistent because of the way the budget allocation is done. You may have a budget for a programme this year and a different one next year; so where is the commitment? And space programmes are normally international programmes. No developed or developing country has two satellite industries because of the enormous cost involved.”

On whether data sharing between countries could affect national security, especially when Nigeria has to rely on another country; maybe a hostile nation, he said there was no cause for alarm.

He explained that, “What we are saying is that we are not providing Nigeria’s data to Algeria; if Algeria’s satellite is passing over Nigeria, because of the small size of its memory, it has no business acquiring data over Nigeria because if you fill your storage, by the time you get to the area of interest you have no space to fill the data you need. When images are acquired they are uploaded into the receiving station. If the Algerian satellite is passing over Nigeria, it will not pick data if it has no interest to do so until it gets to its country; it will acquire, then download.

“The Nigerian satellite does not spend 11 minutes in the country. It comes from the Sokoto area for instance, it moves round, within that time as it is going off Nigeria’s footage, it drops all the images we want and proceeds to wherever is the next destination.

“For instance, if we want to do campaign over the United Arab Emirates (UAE), it drops everything and by the time its goes through the UAE, they don’t have the ground station, so they don’t receive it; it is when it is coming to Nigeria that it acquires that of the UAE and drops the images/data in Nigeria.

“So, Nigeria will not sell Nigeria’s data to any country by the collaboration; rather it is using their satellite to acquire Nigeria’s data.” 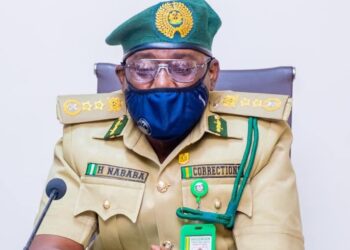