Manchester United equalled the biggest win in Premier League history as they crushed Southampton 9-0, while Arsenal had two players sent off in their defeat at Wolves on Tuesday.

Rampant United scored four times in the first half after Southampton’s teenage midfielder Alexandre Jankewitz was dismissed in the second minute of the match.

Solskjaer’s side hit five more after the break, and United’s have never won 9-0 victory since 4, March, 1995 against Ipswich at old Trafford.

“It was a stupid foul from the young lad (Jankewitz) and kills everything. What can I say? It’s horrible.” Southampton manager Ralph said. 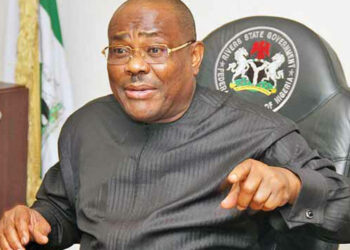 Bandits will flee when they hear my name – Wike