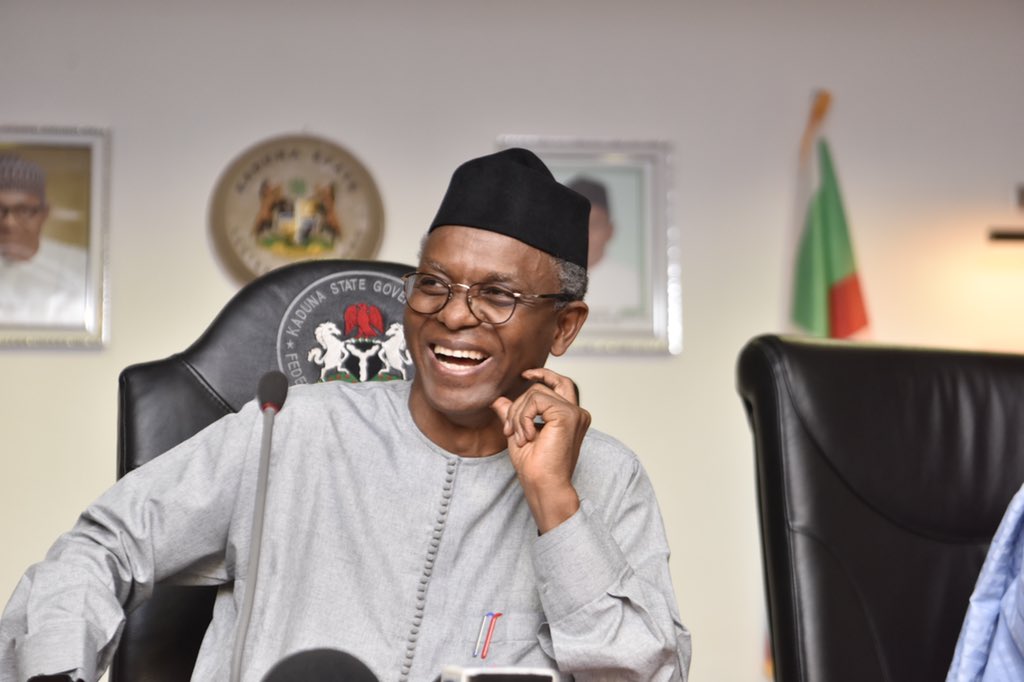 Kaduna State Governor Nasir El Rufai has appealed to the people of Kaduna state to farm massively wherever they can because that is the concrete way to reduce hunger and prices of food stuff.

The governor said that his administration is aware that in some places, farmers have been attacked, abducted, or even killed while working their fields but assured that the activities of bandits are being tackled.

El Rufai gave this assurance when His Highness, the Emir of Zazzau, Malam Ahmad Nuhu Bamalli, paid him the traditional Hawan Bariki courtesy visit in Zaria on Tuesday.

El Rufai thanked God for witnessing the Eid-El-Fitr celebration but noted that ‘’citizens in some of our communities fasted and worshiped amidst lingering fears and anxiety about their security. ‘’

‘’The Kaduna State Government continues to do everything it can to mobilise and support the federal security agencies to defeat the terrorists and criminals that menace our people,’’ he added.

The governor also listed measures that the state government has been taking in tackling insecurity in Kaduna state since he assumed office in 2015.

According to him, ‘’ my first official action as governor on 29 May 2015 was to summon an emergency meeting of the State Security Council which held on 30 May 2015, with the specific purpose of identifying the security threats across the state and finding answers to address them.’’

‘’One outcome of that meeting was the decision to collaborate with the governors of the other states in the North-west and Niger State to fund a joint military operation to clear the Kamuku-Kuyambana forest swathes in the Birnin Gwari axis of cattle rustlers hibernating in the ranges that cover Niger, Kaduna, Katsina and Zamfara States,’’ he said.

El Rufai however lamented ‘’while this action decimated the criminals, it is a matter for regret that the necessary follow up operations were not sustained by the security agencies.’’

He reiterated that Kaduna state remains ‘’convinced that comprehensive, simultaneous military and security operation in Kaduna, Katsina, Zamfara, Sokoto, Kebbi, Plateau and Niger states is vital to stopping the terrorists and reasserting the authority of the Nigerian state in the ungoverned spaces.’’

‘’We created a specialised Ministry of Internal Security, and we continue to support the federal security agencies with logistics and other resources. We are engaging the highest echelons of government and the security structure on resolute action to protect the lives, liberty and livelihoods of our people,’’ he said.

The governor pointed out that criminal elements are being assisted by a network of informants in many communities, adding that the traditional institutions should mobilise their networks to expose them and support the security forces with local intelligence.

El Rufai also called on citizens to participate in the process of selecting candidates for the 2023 general election ‘’and to make it a peaceful exercise in the freedom of choice.’’