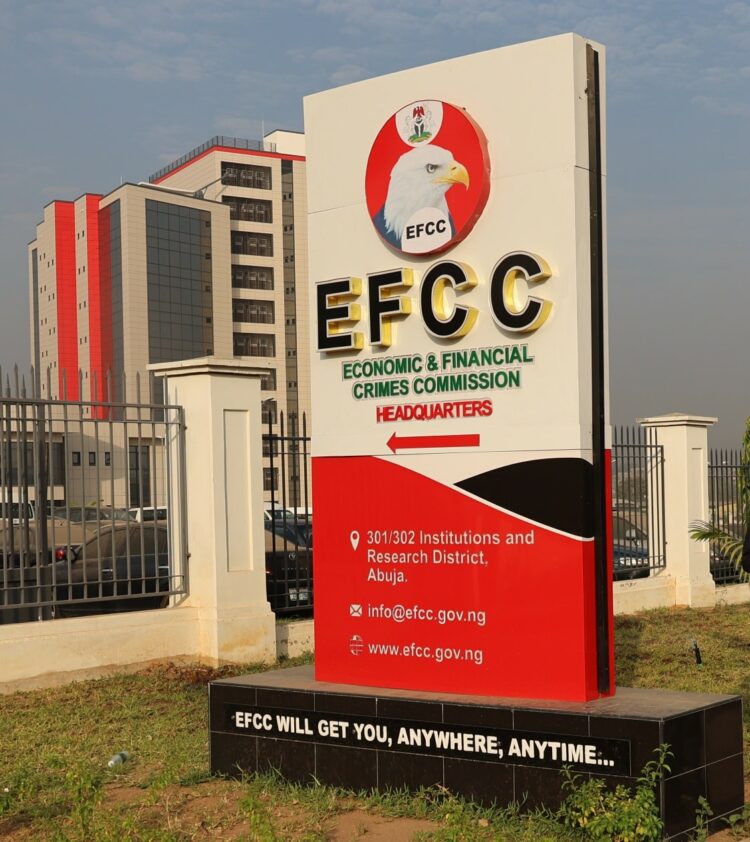 The Economic and Financial Crimes Commission (EFCC) has reportedly initiated probe to unravel how major political parties and their aspirants were able to raise huge sums paid for expression of interest and nomination forms ahead of the 2023 general election.

According to The Punch, EFCC has reached out to the Independent National Electoral Commission (INEC) and banks operated by the political parties for detailed information of their finances.

The report said the affected banks include Access and Polaris, where the two major political parties the All Progressives Congress (APC) and the Peoples Democratic Party (PDP) maintained 14 accounts.

The anti-graft agency is also said to be beaming its searchlight on various groups which purchased forms for individuals vying for elective positions ahead of 2023.

According to the report, the agency had in a letter with reference number CB.3383/EFCC/HOPS/HQ/VOL.1/28, to Professor Mahmood Yakubu, the INEC chairman, dated May 9, 2022, signed by its Director of Operations, Michael Wetkas, demanded for detailed information on the finances of the political parties.

Barca welcome PSG in the first leg of champions league