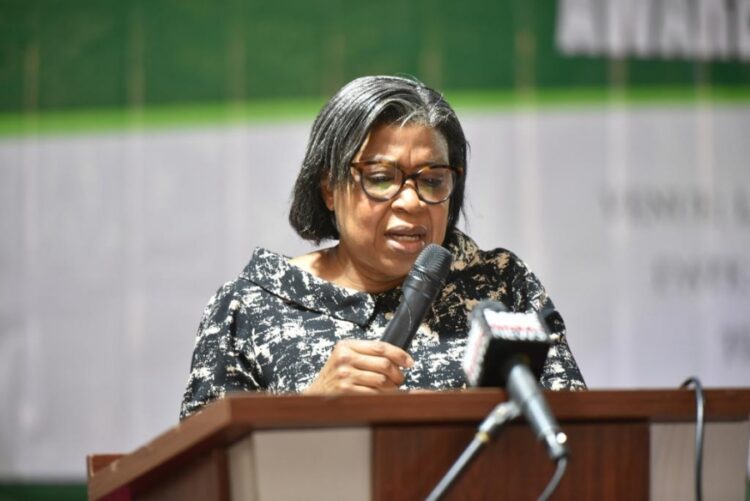 Federal government securities are risk free and good to invest in, the Debt Management Office (DMO) has said as it moves to canvass investments.

This was disclosed by director-general, DMO, Patience Oniha.

She said the various federal government of Nigeria (FGN) securities are ways for Nigerians to tap into the investment opportunities the country has to offer, adding that the funds raised will also help finance important projects.

According to her, the bonds issued by the federal government through the agency, make periodic interest payments to the investors, while the principal is paid at the end of each tenure.

“One function of these FGN securities is to raise capital to finance deficits in the budget, and also to raise funds to execute critical infrastructure projects.

“They are backed by full faith and credit of the federal government of Nigeria, and are default risk-free.”

Oniha said the FGN securities have contributed to the development of the domestic capital market and has served as a benchmark for other private institutions to issue their own securities.

She said they enhance the savings and investment opportunities of the populace, thereby promoting financial inclusion.

“They also attract foreign investors into the domestic financial market, to refinance maturing domestic debt and to diversify sources of funding for the federal government,” Oniha said.

“You can use them as collateral to obtain loans from banks and other financial institutions, and they help in diversification of investment portfolio.

“They are also a source of steady income, as investors’ interests are paid every six months or every three months, and they are tradable on the stock exchange.”

Further speaking on the diverse government offers, the director-general said the eurobond is issued in dollars, and designed to provide domestic exposure to foreign investment; while the sovereign Sukuk is a Sharia-compliant security for the pool of assets.

According to her, the FGN bond, the flagship and longest of the existing securities, offers medium-to-long-term investments, “from five years to seven years, to 10 years, 20 years and 30 years”.

Oniha said the product is offered every month, with a minimum subscription of N50 million.

Imam, 10 others abducted in Sokoto minutes before Friday prayers