by Aliyu Suleiman
in Business Scene, Lead of the Day
0 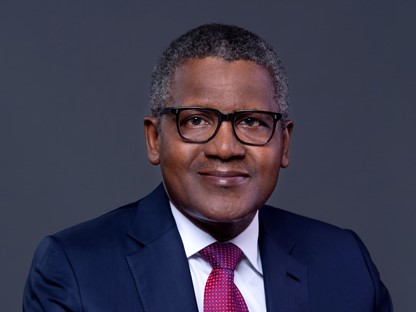 Businessman Aliko Dangote has retained his status as the richest man in Africa, according to a report by Forbes.

Forbes, an American business magazine, is renowned for tracking the wealth of billionaires across the world.

“For the 11th year in a row, Alike Dangote of Nigeria is the continent’s richest person, worth an estimated $13.9 billion, up from $12.1 billion last year following a 30% increase in the stock price of Dangote Cement, his most valuable asset,” the magazine said in a web post published on Monday announcing its 2022 list of Africa’s richest people.

“A surge in housing developments in Nigeria and growth in government infrastructure spending drove higher demand in the first nine months of 2021, analysts found.”

Two other Nigerians on the list include Abdulsamad Rabiu (5th) and Mike Adenuga (6th).

The magazine said Mr. Rabiu recorded one of the largest wealth increases from the previous year’s list.

“Nigerian cement tycoon Abdulsamad Rabiu, who is $1.5 billion richer after taking yet another of his companies public,” the post said.

“In early January 2022, Rabiu listed his sugar and food firm BUA Foods on the Nigerian stock exchange. He and his son retained a 96% stake in the company, which recently had a market capitalization of nearly $2.8 billion. (Forbes discounts the values of stakes when the public float is less than 5%.) BUA Cement, in which he and his son have a 96% stake, listed in January 2020.”

Protesters versus Police at Lekki tollgate