The Associated Press quoted a senior science adviser for the Africa Centers for Disease Control and Prevention, Nicaise Ndembi, as saying that the AU chair and South African President, Cyril Ramaphosa, are expected to announce the news today.

He said the 300 million doses secured are independent of the global COVAX effort aimed at distributing COVID-19 vaccines to lower-income countries.

“We have reached the final stage of our deals. We plan to have these by the end of the first quarter of 2021. We’re expecting 600 million doses from the COVAX facility. But African officials are still waiting on the details, so we’re happy we have alternative solutions,” Ndemi noted.

He explained that African officials have approached at least 10 vaccine manufacturers and developers as the continent seeks to vaccinate 60% of its population of 1.3 billion people – about 780 million people.

The Africa CDC has said some 1.5 billion doses are needed for that, assuming two doses per person and estimates the effort will cost some $10 billion.

Ndembi said he’s very optimistic that can be achieved within two years. The Africa CDC has warned that taking much longer than that risks having the virus become endemic in parts of the African continent. 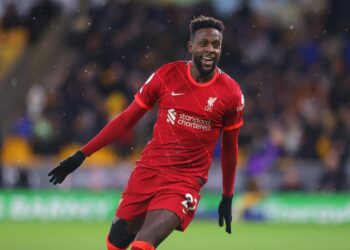 Serie A: Origi joins Ac Milan as a free agent