by 21st Century Chronicle
in Breaking News, Obituaries
0
Share on FacebookShare on TwitterShare on TelegramShare on WhatsApp

Former Kaduna Senator confirmed the demise of the Emir on his twitter page on Tuesday.

BREAKING: ASUU extends strike by another one month

Kagara, the headquarters of Rafi local government area, has been in public view recently due to the activities of bandits.

The gunmen had recently abducted 40 students and staff of Government Science College, Kagara.

Tanko was appointed as the 16th Chief of Tegina in 1971. He was upgraded to First Class Emir on November 1, 1991, by then military Governor of Niger State Col. Lawan Gwadabe.

BREAKING: ASUU extends strike by another one month 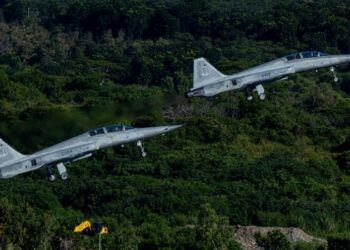 Why we are embarking on strike – ASUP