by Mahmud Jega
in Column, Lead of the Day, View from the gallery
0
Share on FacebookShare on TwitterShare on TelegramShare on WhatsApp

The declaration in Daura on Saturday that the ruling All Progressives Congress [APC] will march forward to a new type of Bottom-Up politics and that there will no longer be crowning of candidates from Abuja, set an old political reporter like me thinking about what difference it will make to the quality of Nigerian politics.

President Buhari, who outlined the new philosophy, charged its national caretaker committee headed by Yobe State Governor Mai Mala Buni to use the party’s ongoing registration and revalidation exercise “to ensure the return of the party to the people by applying the bottom-up approach to politics.” Buhari also said, “No more crowning from Abuja downward. Let the people know this and appreciate it, that they are in charge of their constituencies and they are in charge of the party. Without any incentive, they must come out and defend the party at any level so that we – you and the party – will feel secure and comfortable, because the old time of putting hands in the pocket is over, because the money is no longer available.”

Most probably, Buhari was thinking of the old NEPU. Alhaji Wada Nas once told me a story of how he contested for the Northern House of Assembly seat for Kankara/Kogo under NEPU’s umbrella in 1958. He didn’t have a kobo when he started, but NEPU saw an opportunity because two powerful district heads fought over the NPC ticket. Wada Nas said all he did was sent out a schedule of his tour, and NEPU members in every village took it upon themselves to arrange his accommodation and food, hire a hall for the rally and decorate it with party colours. The next day, the village’s entire NEPU members will escort him to the boundary of the next village and hand over to him a bag full of coins for him to “drink water on the way.” He was rich by the time the campaign ended, he said, and he won.

That APC recently embarked on registration of party members makes sense because, as things stand in Nigerian politics right now, no one knows for sure who is a member of which party. We read in other places about “registered Republican”, “registered Democrat” and “registered Independent” but in Nigeria, a man can claim membership of both many parties all at once. During the 1992 presidential primaries, a newspaper reported seeing one youth leader in Jos who led colourful processions of youth activists to welcome five different presidential aspirants to Plateau. Three of the aspirants were NRC while two were SDP members. The young man’s gang showed equal enthusiasm to each of the visiting presidential aspirants.

One problem for APC’s initiative is that “party registration” acquired a bad name in Nigeria in 2006 when President Obasanjo orchestrated one in the then ruling PDP. The clear purpose was to uproot Vice President Atiku Abubakar’s supporters from the party. PDP national secretariat printed millions of cards and gave them to “state agents.” While governors that were Obasanjo loyalists got the cards to distribute in their states, governors that was suspected of harbouring Atiku loyalties were denied the cards. There is no such brazen intent in APC right now, which is why the exercise is proceeding without controversy or much media attention. Chairman Mai Mala Buni, who is one of the calmest and most measured men in Nigerian politics, has not declared, as then PDP chairman Dr. Ahmodu Ali did in 2007, that each state branch must have a Garrison Commander.

Given what Buhari said about the plan to instill a bottom-up arrangement, we can begin to speculate on what APC intends to do with its register of voters when it finishes compiling it.

Every registered party member could participate in direct primaries to elect party leaders as well as election candidates at all levels, which will make the party to look very democratic. All kinds of things can still happen, however. Local and state party leaders in Nigeria are known to “reserve” places in the register for important defectors. I know a man who defected to PDP nearly ten years after it was formed and was given card number 3 in his ward. I wondered at the time if there were only two members in the ward at the time.

Nor does a valid registration card always guarantee a member’s participation in a congress or convention. Governors and party chairmen have been known to change delegate lists at the convention venue. You arrive there in your flowing babbar riga, believing you are a convention delegate, only to be shoved aside by stern looking Mopol who cannot find your name in the “authentic” delegates’ list. In the ensuing push-and-shove, Mopol sometimes turn up strange things; at the Oyo State UPN convention in 1983, a policeman suddenly found a live tortoise in a delegate’s pocket.

When President Buhari said he will end the culture of Top-Bottom candidate anointing, he was most certainly thinking of his chaotic experience in CPC. In the 2011 elections his party had between two and four governorship candidates each in Katsina, Kano, Bauchi and Kaduna States, each one brandishing a letter from one party faction or the other. Each one also claimed he was “endorsed” by the party leader. APC avoided that fate in 2015 because Buhari was such a towering figure, at the time, that whoever he endorsed carried the day. He might not be that towering in 2023, hence his desire to democratize.

Whether that will solve any problems, remains to be seen. Power does not like vacuums. Even if the president is unwilling to anoint candidates, there is no reason to believe that state governors will adopt a similar attitude. There is too much at stake for a departing governor to be disinterested in who succeeds him. Six Northern APC governors are in their second terms. No one expects them to do siddon look when their successors are being chosen in late 2022. We got a good glimpse of the future with what happened in Zamfara, Imo, Ogun, Osun, Lagos, Rivers and Edo APCs in the run up to 2015. In Zamfara for example, the departing governor ensured that the party lost everything rather than win with candidates that he did not anoint.

Nor is there a guarantee that the party rank and file can safely safeguard the party once it is democratically handed over to them. In Nigeria here, ordinary party members are every bit as selfish and as opportunistic as the godfathers, sometimes worse. To an extent a godfather will be thinking of his legacy, of his peers’ view of him, of the opinions of misguided newspaper columnists, of litigation and of noise making by civil society groups. An ordinary party member has no such concerns. His concern is to reap as much as he possibly can, now, not in the future.

During the SDP’s Jos Convention in 1993, Sokoto State delegates refused to enter their buses and depart for the convention venue because they heard that Chief M.K.O. Abiola was coming to see them. When they arrived late at the venue, they refused to submit to a search by policemen. Each delegate’s pockets were bulging with money; they could not leave it behind because they were lodged at a secondary school dormitory. The scramble at the local level to become a delegate at a congress is essentially for this reason. Buhari seems to think that direct primaries will eliminate corruption by circumventing delegates. It might, only for corruption to surface in another form, because “party members” do not join queues free of charge.

What is the essential difference between the First Republic, when members owned their parties and were deeply committed to them, and what we have witnessed since the Second Republic, the top-down approach that Buhari is trying to eliminate? It is the small matter of ideology. When a political party exists in an ideological vacuum, even a bottom-up arrangement could go burst. 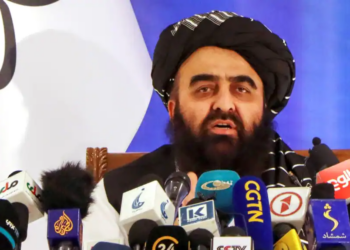