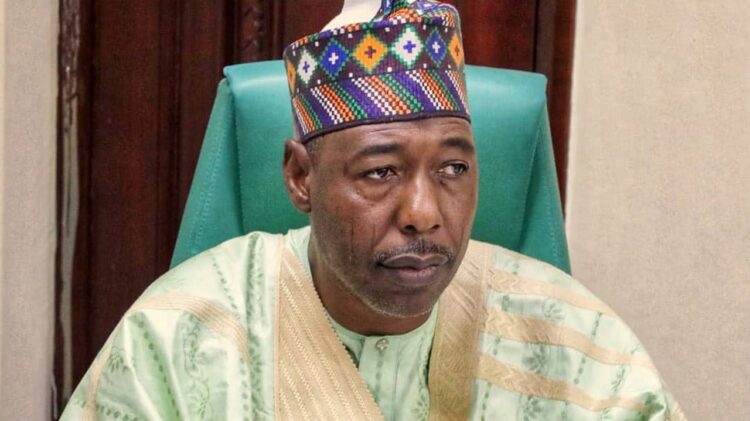 The governor revealed this during an interactive session with the Senate Committee on Army, which paid him a courtesy visit at the Government House, Maiduguri.

He said he is worried over the growing presence of the Islamic State of West Africa Province (ISWAP) in the Southern part of Borno.

He said: “I must commend the Nigerian Army for the relative peace in many parts of the state but I want to appeal to the military to take the war against the insurgents and chase them out because ISWAP is currently recruiting fighters in some parts of the state,” he said

“If nothing is done to check and tackle the growing presence of ISWAP fighters who are better armed, better equipped, more deadly, more sophisticated and receive more funds than Boko Haram, it will be disastrous not only to Borno State but the country in general. They are growing spontaneously and it is not difficult for us to address these problems; we need to pursue ISWAP at this early stage.

“ISWAP fighters are mounting checkpoints between Damboa and Biu, they are collecting taxes from communities because just three days ago, I got security information that they held a party ceremony with over 300 machines. Something needs to be done especially in the axis of Askira, Chibok and Damboa.