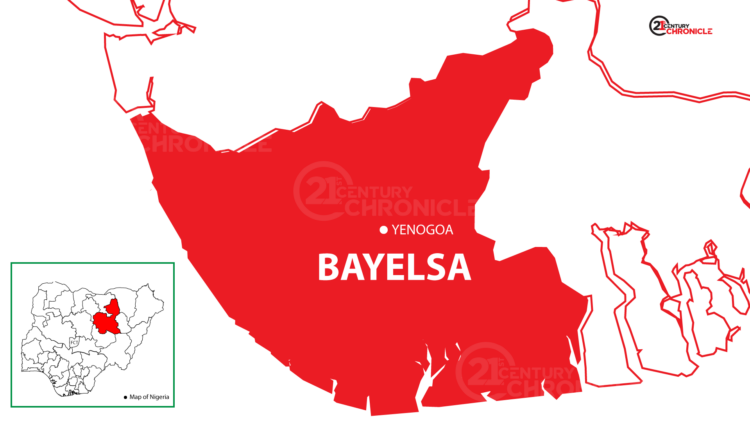 The paramount ruler of Kalaba community in Yenagoa Local Government Area of Bayelsa State, Francis Kolubo, and the Community Development Committee Chairman, Oburo Samuel have been murdered by unknown gunmen.

Kolubo was kidnapped from his palace on Sunday and taken to an unknown place where he was murdered, while the CDC chairman killed in the backyard of his house.

According to a resident, who craves anonymity, “On Monday, the community woke up to the story that our paramount ruler was kidnapped by gunmen around 3am in his palace. We were all shocked and confused about what might have led to his abduction.

“That same day, the CDC chairman travelled to Yenagoa, the state capital, to officially report the incident to the police. While he was there, information came to some members of the community that the gang saw the CDC chairman in Yenagoa and they sent some gunmen to lay ambush at his house.

“This time, he still refused to take the advice. Just as the gang had planned, the moment he got to his house around 7pm, some men armed with guns and machetes came out of hiding and dragged him to his backyard, where they murdered him.”

The ruler has been engaged power struggle with some prominent indigenes over election that would produce a successor to the throne based on a rotational agreement of every four years.

Bayelsa State Police Command, Asinim Butswat said the corpse of the monarch was found at Ikarama community, adding that the police had launched an investigation into the killings.

Biden to host leaders of Finland, Sweden amid NATO bids