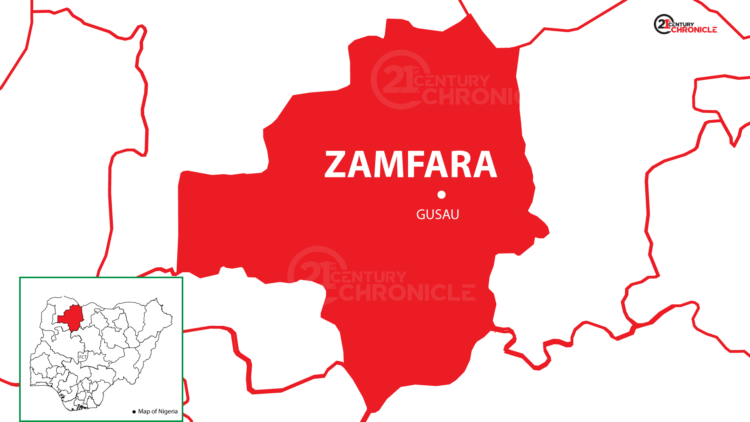 Bandits have killed at least 11 people and wounded several others in an early Tuesday morning attack on Kanoma town of Maru local government area of Zamfara state.

21st CENTURY CHRONICLE reports that the bandits came on motorcycles and surrounded the outer side of the town, considered to be the second biggest in the area.

Along with Dansadau, Kanoma has been one of the worst hit areas in the state in terms of bandits’ activities.

A resident of the area, Shafiu Musa Kanoma told this reporter that his immediate junior brother and friend were among those killed.

“My brother,Hambali Musa Kanoma and Friend, Yusuf Gando were among the eleven people killed. I was in Gusau when the attack took place and I’m trying to go back home for the burial,” he said.

He said the other nine people killed were all married men.

“So far, I’ve not got the number of those wounded but I understand they’re receiving medical attention at the hospital,” he added.

Spokesperson of the police command in Zamfara, ASP Mohammed Shehu, didn’t immediately respond to calls and SMS sent to him on the attack.