Zamfara State Governor Bello Matawalle has said the state had over 700,000 internally displaced persons in different camps, as bandits destroyed over 3,000 houses across the state.

The governor said the state government had been battling to provide treatment and welfare for the people, who have abandoned their homes to take refuge from rampaging bandits and kidnappers.

On Thursday, the state received 185 kidnapped victims rescued by the police through peace dialogue and other security measures.

Matawalle’s spokesperson, Zailani Bappa told journalists that there were “over 700,000” internally displaced persons in many parts of the state.”

He said: “The report before us has shown that no fewer than 3,000 houses were destroyed in various communities across the state. This is what is happening. The little resources the Zamfara State Government is getting are always spent on these. We have a full-fledged ministry addressing these problems of insecurity.”

He added that “That is why, when this administration came in, the governor, in his first year, had to create a humanitarian affairs agency. The ministry is the one saddled with the responsibility of addressing these problems. It is the one feeding them, accommodating them, footing their medical expenses, as well as their rehabilitation. 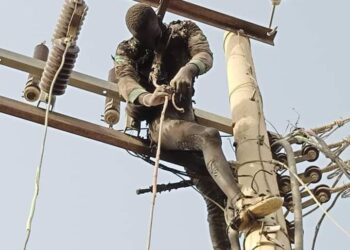