Bandits have burn down Kwari village in a reprisal attack after three Fulani herders were arrested by vigilante groups.

Sources told 21st CENTURY CHRONICLE that the Fulani herders were beaten to pulp and handed over to the vigilante groups members in the area when they visited the village last Friday.

Kwari is a stone throw from Farfaru village and are all under Jibia local government area of Katsina state.

Muhammadu Farfaru, a foresty staff in Batsari, said there was no information on the number of those killed but “10 people were severely injured by the bandits.”

He said when the bandits learnt that their kinsmen were being detained by vigilante group members, they struck to retaliate.

“Half of the village has been razed down and from here in Farfaru, we can still see thick smoke from the village,” he said.

The source said security men including police and soldiers quick response might have saved the other part of the village.

“But you know the village is somehow far from where the security agents are stationed before they could mobilize and go there, the bandits had burnt down half of the town.

“If they had not gone there, it could have been worse than this.”

The police spokesperson in the state, Gambo Isa promised to get the details of the attack and revert back. 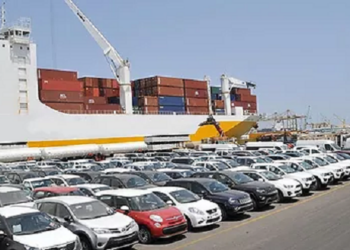