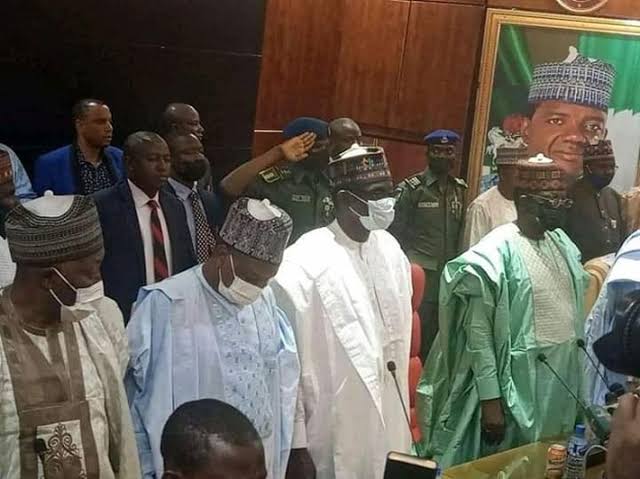 The Chairman of the Progressives Governors Forum and KebbiState Governor, Senator Abubakar Atiku Bagudu on Monday, led a delegation of members to Zamfara State to commiserate with government and people over the recent fire outbreak that engulfed parts of Tudun Wada Gusau market.

A statement by the Director General Media Public Enlightenment and Communication to Governor Bello Matawalle Yusuf Idris Gusau, said the delegation announced the donation of N50 million to traders who lost property in the incident.

Leader of the delegation, Bagudu expressed the forum’s concern over the magnitude of destruction by fire and it’s effect on the livelihood and economy of the state.

Responding, Governor Matawalle commended the Forum for the visit and goodwill extend to the people through the donation.

Nigeria to resolve conflict between North and South Korea – Buhari