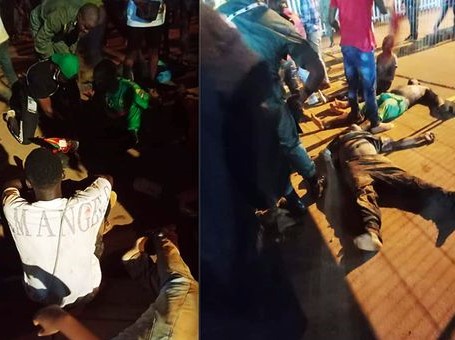 At least eight people have been killed after a crush at Olembe Stadium that hosted Cameroon and Comoros in the Cameroonian capital Yaoundé during an Africa Cup of Nations match on Monday.

A viral video that surfaced online, showed football fans struggling to get access to the stadium.

Also a Cameroon-based television, CRTV, reported “half a dozen deaths and dozens have been injured”.

A statement issued by Confederation of African Football confirmed the incident, saying that investigation is on-going.

It read, “CAF is aware of the incident that took place at Olembe Stadium during the TotalEnergies Africa Cup of Nations fixture between hosts Cameroon and Comoros tonight, 24 January 2022.

“CAF is currently investigating the situation and trying to get more details on what transpired. We are in constant communication with Cameroon government and the Local Organizing Committee.