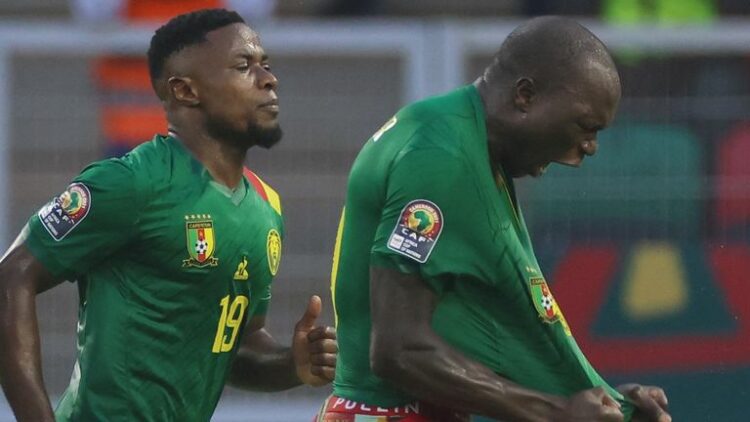 Cameroon are through to the quarter-finals of the Africa Cup of Nations after a 2-1 win over Comoros.

Comoros were forced to start an outfield player in goal due to three goalkeepers were ruled out because of Covid 19 and played most of the game with 10 men.

Left-back Chaker Alhadhur started as a keeper in the post of Comoros.

Then captain of Comoros, Nadjim Abdou was sent off after just seven minutes.

Karl Toko-Ekambi put The host in front before captain Vincent Aboubakar doubled the lead to net his sixth goal of the tournament.

Youssouf M’Changama’s got one back for Comoros with stunning late free-kick.

Cameroon gets to play debutants Gambia after they shoked Guinea by beating them 1-0 earlier on.