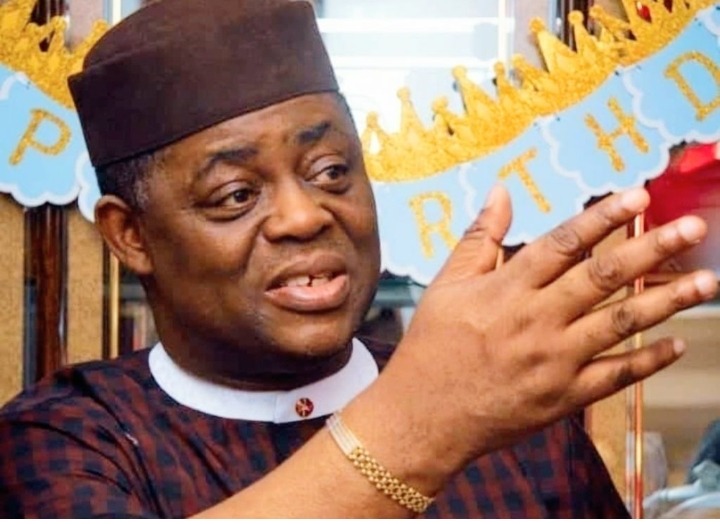 A former Minister of Aviation, Femi Fani-Kayode, has alerted the All Progressives Congress (APC)’s leadership of the impending move by about 22 senators elected on its platform to defect to the main opposition Peoples Democratic Party (PDP).

In a tweet, the chieftain of the party said the affected senators were aggrieved over their inability to win their return tickets during the primary of the party.

He noted that the development would undermine the party’s chances during the forthcoming general elections.

He urged the party’s leadership to step in in order to avert the mass exodus of lawmakers from the party’s fold.

“22 APC Senators are threatening to decamp to PDP because they have been denied the tickets to return to the Senate. This is serious & something must be done to prevent it.Many are concerned & we urge our able Nat. Chairman & Nat. Sec. to reach them. We cannot afford to lose them,” he tweeted.

21stCENTUURY CHRONICLE had earlier reported that the party’s national chairman, Senator Abdullahi Adamu had visited the National Assembly Wednesday afternoon, where he held a closed-door meeting with APC senators over the development.

He told journalists after the meeting that the wave of defection among the lawmakers was giving the party cause for concern.

He said, “The issue of defection is an unfortunate development when it happens but this is a season where there is all sort of behaviours in the political space and ours is not an exception.

“In every election year, this kind of thing gives cause for stakeholders to sneeze and Nigeria is not an exception so is the APC, not an exception. I don’t care about what is happening in other parties, my focus is on the APC. But we all know that the occurrence is not only happening in the APC, it’s happening across other political parties too. And because we are the ruling party, our problems are exaggerated before the public.”