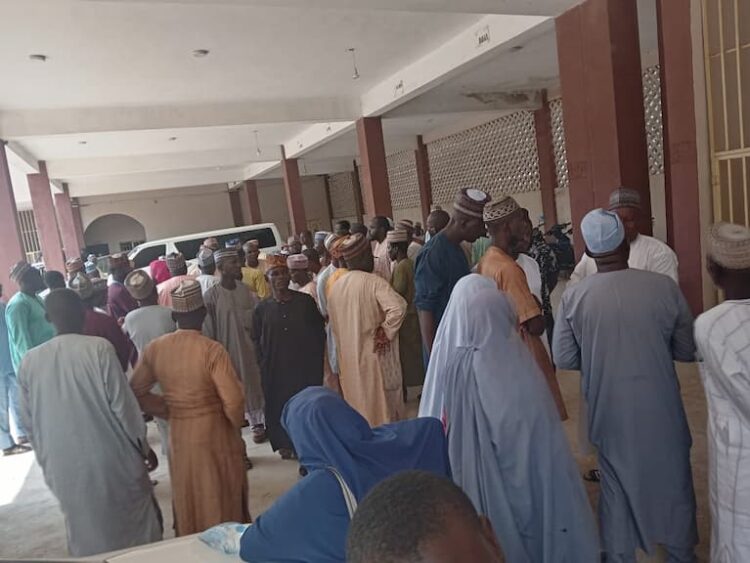 About 284 intending pilgrims from Kano State have protested their denial of hajj seats despite making full payments for the holy pilgrimage.

The aggrieved intending pilgrims stormed Jaiz Bank head office where they made their payments, through a savings scheme, and the office of the Kano State Pilgrims Board.

They wondered why there were no seats reserved for them. Some of them said they started the savings scheme in 2019.

One of the affected intending pilgrims, Auwalu Jibrin, said, “We are the ones the National Hajj Commission of Nigeria (NAHCON) asked to open an account with Jaiz Bank and deposit our money there. The state pilgrims board has collected our passport and screened us and now we learnt that we have no allocation.

“We are now left stranded without any assurance. Jaiz Bank has told us that of course there’s a problem and they are working towards ratifying the problem,” he said.

It was learnt that names of the aggrieved intending pilgrims had been sent to the state pilgrims board and documented but were not included in this year’s hajj because of the reduced allocation.

A source revealed that the state pilgrims board is constrained by over 100 names sent from NAHCON to be given allocation while many who saved for years under the hajj scheme could not be accommodated.

The Executive Secretary of Kano Pilgrims Board, Abba Dambatta, said efforts were being done to address the challenge , adding that there was no allocation this year for those on savings’ scheme, especially those from Jaiz Bank.

He, however, said he was going to Abuja to make efforts in securing allocation for the 284 intending pilgrims.

No land for ranching in Oyo – Makinde